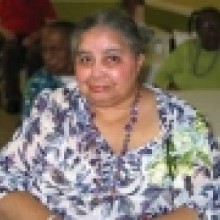 XENIA A woman of faith who believed that life is what you make of it.

Barbara Jeanne Mann-Buchanan passed away on August 19, 2013 in Oakland, Calif. She will be dearly missed by her family and friends as colorful, vivacious character with a generous and sensitive soul.

Barbara was born on November 17, 1937 in Durham, N.C., the first child of Robert A. Mann and Melva Stills (nee Liles). At the age of six, her family relocated to Xenia, Ohio which was her hometown for much of her early life. She joined Zion Baptist Church as a child, graduated from Xenia High School in 1955, and attended college at Wilberforce University, but left after one year to care for her ailing mother. In her early twenties, Barbara was briefly married and brought two daughters in the world, Michelle and Leisa. In 1966, she married her second husband, Chester E. Buchanan, with whom she settled happily in Dayton until his passing in 1996. Together they raised a son, Cheston.

Barbara had a busy career as administrative assistant, which spanned five decades at several employers, including the U.S. Air Force, Central State University, and the City of Dayton. Her greatest passions in life however were her three children and her love of writing. Barbara's dedication to her family yielded their high academic achievements, including her daughters' degrees from Old Dominion University and Ohio State, and her son's from MIT.

A natural-born storyteller and avid reader of fiction, her ambition and strong imagination inspired her to write multiple novels and short stories. Her writing won praise from friends and colleagues and jammed many typewriters.