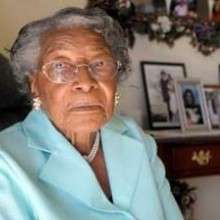 Ruth Ann Wesson also known as "Polly", 85 years young of Springfield, Ohio. Ruth Ann was born in Huntsville, Alabama on May 16th, 1932 to Vern and Annie Brown. Ruth attended Lee high school where she met her husband Tyree Wesson and they married soon after high school before he enlisted in the Air Force. Tyree and Ruth moved around many places and then finally settled in Ohio when Tyree retired. They moved to Springfield and raised their four children. Ruth was very devoted to her church. She sat on many church boards and started the Sunshine Committee, that looked after the sick and shut-in church members. She also loved to lift her voice in praise to God in the Mass Choir.

Ruth was preceded in death by her husband Tyree Wesson, and her parents Vern and Annie Brown, her brothers, James, Edward, John, and Henry.