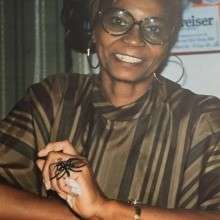 Alice E. Diggs Daughter of Mary and Frank Evans was birn october 30,1945 in Edgewood, Maryland. "Al" as she was affectionally known attended Edgewood High School in edgewood, Maryland. she worked as a sterile technician for many years before retiring. Alice enjoyed family gathers and spending time with her grandchildren.

Ever since she was a child she dreamed of dedicating her time into the medical field in which she met her husband William Diggs. Although she was the youngest child she was always protective. aAlways so tough and fearless. Into her adult hood her heart and loyalty remained the same.

Al departed this life on Sunday, September 16, 2018 where she will join her parents Mary and Frank Evans and her Two Grandson Devon "DANK" perkins and Derrick E."Mims".