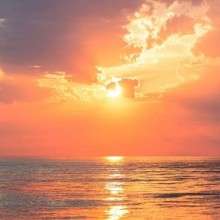 Belchak, Aldric C. 7/31/1936 - 4/27/2017 Pinconning, MI. We are heartbroken to share the passing of Aldric Charles Belchak, age 80, whose heart gave out late Thursday, April 27 in Grand Rapids, MI where he had been closer to family while recovering from a brief illness and surgery.

A native of Pinconning, a 1954 graduate of St. Michael's High School, and a former Jesuit seminarian, Aldric was committed to his community and actively served numerous roles in the schools, churches, and the arts and sciences throughout his life. He deeply loved his family, his beautiful wooded homestead, and his involvement in public life. His life is marked by his insatiable quest for "all things known and knowable" in which he passionately showed us the vastness of the infinite Universe, the preciousness of this one planet Earth, and both the iniquity and brotherhood of humankind.

He is also mourned by his partner Susan M. Keefer and his step-children: Marc (Noel) Bean, Adam Bean, Douglas (Christina) Bean and Mike (Heather) Bean. As the third of 12, he is survived by six siblings born to the late Michael and Phidelous (Racette) Belchak: Bernard Belchak, Kenneth Belchak, Joyce (Belchak) Maajor, Fideles (Belchak, Haut) Currie, and Felicia (Belchak) Uhlman as well as many in-laws, nieces and nephews.

A Funeral Mass will be held Thursday, May 4 at 10 AM at Holy Trinity Holy Catholic Church in Pinconning, MI. The family is hosting an open-house celebration of his life on Wednesday, May 3 from 4-8 PM, with a brief memorial program at 6 PM, at his home.