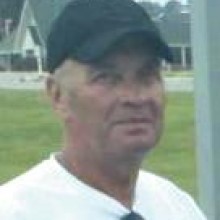 COLUMBIA — Alanzo Lee "Lonnie" Shanks, 61, of La Monte, Missouri passed away on Sunday, November 6, 2016 at University Hospital in Columbia. He was born on August 8, 1955 in Maryville, Missouri, the son of Carroll Lee and Mary Ethel (Thornton) Shanks.

Lonnie was a 1976 graduate of Bedford High School in Bedford, Iowa. He worked for Pro Energy as a millwright. He enjoyed deer hunting and loved riding his Harley.

He is survived by: his mother, Mary Shanks of Villisca, Iowa; two sisters, Karen Shanks of Des Moines and Lisa Morrical and husband Jeff of Malvern, Iowa; and several nieces and nephews. He was preceded in death by his father, Carroll Shanks.

A graveside service will be held at a later date in Gravity, Iowa.