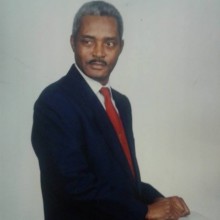 After a lengthy illness, Willie Jr. was called to rest on June 16, 2017. He fought a good fight and finished his course at the age of 81.

At age nine, Willie moved to Rochester, New York and attended Paul Revere High School. Soon after high school, at the age of 19, Willie Jr. enlisted into the U.S. Army. He happily served his country for three years and loved being in the army.  As a proud soldier he wore his uniform with much pride and respect. Willie Jr. was a dependable, hard working man and a good provider for his family. He always had a good work record. After thirty one dedicated years, he retired from Gleason Works.

Willie did not have a lot of hobbies, but he loved football 100% and was a Buffalo Bills fan.  He also enjoyed baseball, boxing and basketball. His favorite past-time was going to the pop warner football games, watching Army and Old Western movies.

On November 28, 1964 he married the love of his life, Josephine Brown. This union was blessed with two sons, Rodney and Todd Rogers (deceased), Gary George Brown and one daughter, Tierney Rogers.

As time moved forward Willie Jr. gave his life to the Lord and became a member of Emmanuel Temple Church, under the pastorship of Bishop Joseph Lacey. There he served faithfully as an usher. He was known to be a tough usher because if he saw you chewing gum, he would come to you and wait there until you took it out of your mouth and gave it to him. In later years, Willie Jr. began attending and joined, Ebenezer Missionary Baptist Church. There too he served on the usher board commitee.

Willie Jr. was truly a family man. An exellent provider for his wife and family. He brought his pay check home and gave it right to Josephine. In fact he never worried nor complained about how she spent the money. His home was always filled with many children. He loved them; he provided for them; he took care of them and was a father to all of them. Likewise the children loved him just as much or more. There was always a lot of love given to every child that entered this home. He was good to all of the children. He never complained about anything that needed to be done for any of the children. His home was a safe haven for both girls and boys. He knew how to use firm discipline when needed without having an abusive approach. It was a joy to him for the children to sit around listening to his army stories and the different places he was stationed overseas. His most favorite being Germany and France. Willie Jr. took on the responsibility of being a real "father" and "daddy" to every single child that entered his home. He took out and made time for them all. If there was anyone who deserved the Father of the Year Award, Willie Jr. should be highly honored far and near. He was an easy going person, who will be remembered for his warm smile and gentle spirit.

The single most important thing that gave him sheer pleasure was traveling often to Rockingham, North Carolina. His best vacations were there in Rockingham, enjoying the pampering, southern hospitality, and good food prepared especially for him by certain family members. His favorite being green peas and biscuits. Willie Jr. always would say, "If there ever was a city he would retire to, it would be Rockingham, North Carolina." He enjoyed being there just that much.

The children he raised as his own were: Maurice Price Sr., DuSean, and Ebony; along with special grandchildren, neices and nephews: Christal, Kevin, Lyric, Starasia, Delani, Davier, Desiree, DuSean Jr., Jasimine and Maurice Price Jr., Other children: Shajuanda, Shahada, and great-niece Angie. His aunts were: Janet Waller, Ann Z. Brown and Annie B. Brown.  His cousins were: Erla Mae Moorehead, Alice Harper and Margaret Johnson.

There is a great host of many more nieces and nephews and other family members, too many to name, that will miss him dearly.

The family of Willie Rogers Jr. wishes to express their heartfelt appreciation to everyone for their prayers and many acts of love, concerns and kindness. May God bless and thank you.

I Am At Peace

I've gone home on wings of a dove, To be with my Father, To rest in His Love,

I am at Peace.

I am at Peace

I am at Peace

No more hurt, no more pain. My royal crown, I did gain. I've gained my wings, oh don't you see, No need to cry, Don't cry for me.

I've traded garments, the old for new, and one day, you'll trade graments too. I'll be here waiting with a smile on my face, knowing that you too, ran a good race. The peace I have will belong to you. Until then my family and friends, Open your hearts and let Jesus in. I am at peace, so be happy for me.