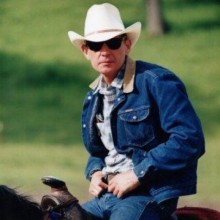 Salinas native William "Bill" Quinlan passed peacefully at his home after a lengthy illness.
Bill was proud of his family's California heritage, which traces back to the early 1800's and the first mayor of San Juan Bautista. Also, influential in his life, was the long family history with General Motors Corporation.
He attended Roosevelt Elementary School and Washington Junior High School where he was involved in school leadership and activities, and served as Student Body President at Washington Junior High School. Bill also achieved the rank of Eagle Scout at 15 years old.
Bill's high school years were spent at Thatcher School in Ojai. While there, he actively participated in the horsemanship program and earned membership in the "Silver Dollar Club". He received his MBA from Santa Clara University before voluntarily serving in the United States Army during the Vietnam Conflict, where he achieved the rank of Staff Sergeant.
After leaving the Army, he joined the family business, Richardson Motor Company, where he became a partner in 1967. He stayed active in the business until his retirement.
Additionally Bill became an owner in the local favorite, The Pub Restaurant in 1977.
The California Rodeo was always an important part of Bill's life. He was an active participant, serving as chairman and Director of the Daily Horse Parade for more than 35 years. He also served as Director for the annual Rodeo Carnival.
Bill was a foundation in the Salinas community and long term member of the Salinas Elks Lodge, Salinas Land and Cattle Company, Salinas Gun Club, and a proprietary member of Corral de Tierra Country Club.
Bill is survived by his loving wife, Cindy, his children, Katherine "Katy" (James) Blowers, Salinas; William "Jess" (Vanessa) Quinlan, Hollister; Joseph "Joe" Quinlan, Dakota City, Nebraska, Morgan McCormick (Phoenix, AZ) and Dana McCormick (Wenatchee, WA), as well as grandchildren Lucas, Blake, Rhett and Rory.
Bill was the oldest of the Quinlan children and is survived by sisters Mary Jean (Mike) Cling, Salinas; Ann (David) Knokey, Northridge; and Nancy (Mike) Kincade, San Luis Obispo and numerous nephews, nieces and cousins.
Preceding Bill in passing were his parents Jean (Richardson) and William Edward "Ed" Quinlan Jr.
Though watching a loved one suffer is never easy, Bill's time was blessed with a wonderful support system. The family would like to thank Dr. Gerber and Julie Valdez for their comfort and care in his time of need.

As a good education held such importance to Bill, In Lieu of flowers, the family asks that donations be made to the Sacred Heart Elementary Schools – Salinas and Hollister, on behalf of Grandpa Bill.

Donate to Sacred Heart Elementary Schools in memory of William.