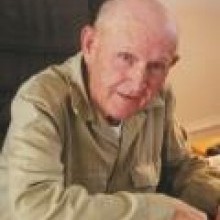 William Edward (Buddy) Anderson of Conroe, Texas, passed away at his home on November 8, 2016. He was born on August 13, 1930 in Ringling, OK. Buddy lived in Texas and Oklahoma most of his early years, he served in the US Air Force during the Korean War. He finally made the Houston area his home in 1967.

Buddy was a carpenter by trade and trimmed or build many houses in the Conroe area.