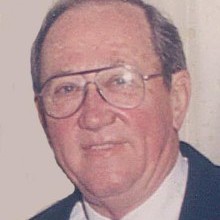 A memorial service will be held at 2 p.m. on Friday at the Lutheran Church of the Living Word. Visitation will be 6-8 p.m. Thursday at the McDougald Funeral Home and Crematorium.

Wayne was born on April 15, 1928 in Beacon, Iowa to the late Charles William and Hazel Florence Davis Evans. He served in the U.S. Navy in the South Pacific following World War II and graduated from Iowa State University with a B.S. degree in industrial engineering.

He began working with Butler Manufacturing upon graduation and continued until his retirement 40 years later, serving in Kansas City, Grandview, Missouri, Galesburg, Illinois and Laurinburg.

Wayne received the Jaycee "Boss of the Year" award in 1981, and was a Rotary Foundation Paul Harris Fellow. He embraced Laurinburg and Scotland County having served as past president of the Chamber of Commerce, Chairman of the Scotland Health Care System, Chairman of the UNCP Board of Trustees, Chairman of the United Way, Chairman of the St. Andrews University Capital Campaign, and was extensively involved in the Lutheran Church of the Living Word and the Boy Scouts.

He enjoyed playing golf, and shot a hole in one on April 11, 1988 at Scotch Meadows Country Club.