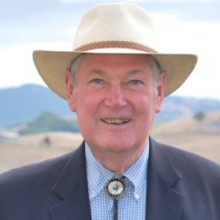 Walter was born on January 15, 1937 in Kansas City, Missouri to John Chester Dods and Alyce Marie Coleman. Walt went to Northeastern High school in Kansas City, Missouri where he was graduated in 1955. In his senior year, he was a member of the Northwestern High School basketball team that went on to win the Missouri High School basketball championship. Walter attended Harvard University on a ROTC scholarship. It was there that he met his beautiful wife Nancy on a blind date. After his graduation, Walter and Nancy were married in Kansas City, Missouri. Shortly, thereafter he fulfilled his military requirements by serving in the United States Marine Corps as a First Lieutenant. Walter was stationed on Okinawa, Japan for two years before being honorably discharged.  After his service Walter continued his education at University of Missouri, Kansas City School of Law before being graduated from University of San Francisco with a Juris Doctorate. Walter was admitted to the State Bar of California in 1967 and continued practicing civil insurance defense until 2005.

After graduating from law school and prior to being admitted to the Bar, Walter worked for Hertz, opening up claims offices around the country. Walter began his law career at the Hauerken, St. Clair, Zappetini and Hines law firm, first as an associate and later as a partner. After many years of commuting and with the lengthening commute, Walter left the St. Clair firm to open his own practice in Marin in 1982. Walter was a respected member of the legal communities of San Francisco and Marin. Walter believed in giving back to the community. He frequently volunteered to serve as a court appointed mediator, settlement court judge and arbitrator for all of the Bay Area county courts. He served as a Moot Court Judge for the annual Moot Court competition at USF. Walter was a formidable attorney who practiced law the old fashioned way, with courtesy and respect.

Walter’s main focus in life was his family. He and Nancy loved to spend time driving up the coast and exploring. At least once a month they would take his prized E-type Jag for a drive. Walter believed in being involved in his children’s lives. He guided his children and grandchildren, he coached them in life, teaching them by example. He spent many years coaching his daughters’ high school basketball and soccer teams. He also coached his son Walter’s soccer teams. Up until the last year of his life Walter and Nancy would go to the local high school soccer and basketball teams to support the teams and because it gave them pleasure.

Walter was an active member in community politics and the Church. Walter first joined the Parks and Recreation Commission on the Marinwood CSD. He served as the president of the Marinwood Community Services District Board. He was part of a group that purchased land in Lucas Valley to ensure that it would be open space and available to all. Walter and Nancy were active members of St. Paul’s Episcopal Church. Walter served on the Vestry and as an usher and was a trusted friend to many.

After his retirement, he picked up golf and spent many years chasing the golf ball. He was a partner in the Korb Foundation, a philanthropic foundation that monitored a select group of Marin County golfers. Up until very recently, he played poker with the same select group of friends that he had played with for over thirty years.

A neighbor recently described Walt as gruff, imposing man with a heart of gold. That description fits Walt to a “t”. Walt will be remembered as a strong man with a good heart; a loving, dedicated husband, and an active, caring father and grandfather.

In lieu of flowers, donations can be made to the Alzheimer’s Association, Northern California and Northern Nevada Chapter.

Donate to Alzheimer's Association in memory of Walter.