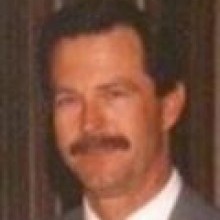 Tommy Cormier passed away at home surrounded by family on Saturday, December 10, 2016 at the age of 67. Tommy was born on July 7, 1949 to Wilson and Eveyln Cormier and grew up in Pasadena, Texas. He graduated from PHS in 1968. Tommy was preceded in death by his parents and his beloved Boston terrier, Butch. He is survived by his loving wife, Kathy; son Mike and his wife Shannon; grandchildren, Jackson, Alexa, Anneliese and Grant; sister, Suzi Parker and husband, Richard; sister, Diane Willis; his nieces and nephews; stepchildren, Jen Boice and Brandon Fonville and their families; as well as many dear friends. Tommy spent much of his time riding his beloved "bike" with friends for as long as his health allowed. He proudly participated in a cross-country trip, Sturgis Old Bones Tour in 2014. We all picture him now on his "eternal bike trip." Ride on, Tommy. A Celebration of Life will be held Tuesday, December 20, 2016 at Waller Thornton Funeral Home, 672 FM 980, Huntsville, TX at 3:00 p.m. Visitation with family and refreshments will be served after the service. Waller Thornton Funeral Home Huntsville (936) 295-4330