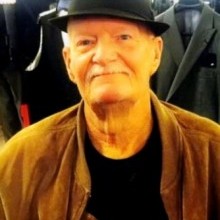 Thomas E. Carter a resident of Durant, Oklahoma passed away on Wednesday, November 9, 2016 at the age of 69. He was born on May 2, 1947 in Louisville, Kentucky to Everett Onso and Margaret Ann (Pendleton) Carter. Thomas married his sweetheart Connie White in Slidell, Louisiana on August 25, 1967.

Thomas was a retired United States Army Veteran. He enjoyed the quiet solitude of fishing.