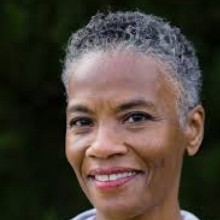 Susan Thomas, 57, of West Louisville, Kentucky, died Monday, August 17, 2015. She was born to Elmer Potter, and Costella Potter, February 20, 1958 in Louisville, Kentucky. Susan graduated from Cleveland Public Schools. She began to attend Tri-C where she took up cake decorating. She accepted Christ at an early age. Susan married her devoted husband, Melvin Thomas, in Aug,2003 until her death.They lived together in Cleveland, Ohio.

Susan worked at Cleveland Clinic Hospital as a lab tech until she fell ill.