Forever Cherished In Our Hearts 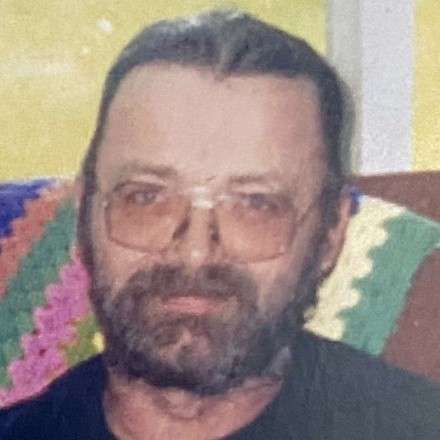 Forever Cherished In Our Hearts

of Boyceville, WI passed away on June 27, 2020 with his loving wife Linda French by his side at the Mayo Clinic in Eau Claire, Wisconsin. Steven was born on July 17, 1956 he was the beloved son to the late Etta S French (Raney) and Everett R French.

He spent most of his younger years with his family in Pittsfield, MA. He attended school at Taconic High School.  After finishing school he began his truck driving career as his father’s partner for several years until his passing in 1984. After his father’s death he stayed home to help provide for his mother and helped raise his younger sister. After a few years he returned to his passion of truck driving. During that time he met his best friend and wife Linda, they were married on December 26, 1994 and were driving partners until their retirement.

Steven enjoyed bowling, comic books, fishing, working on cars, video gaming, watching wrestling and spending time with his dogs Pepper and Patches. But most of all he loved spending time with his wife, long time friend Wayne and family.  Distance did not deter him from staying close to all of his family and friends. He was always there to help anyone in need always putting others before himself.  He was a very devoted son, brother, husband and friend.

Steven is survived by his wife of 25 yrs Linda, his daughter Stephanie French and Grandson Alexander of Jacksonville, FL, his sister Barbara Wilcox and her husband Charles of Homosassa, FL , his sister Shelley Levesque and her husband Kit of Adams, MA, Step Father Arnold Raney of Lanesboro, MA, his Step Brothers Arthur, Aaron and Arnold Raney and his wife Debra of Pittsfield MA, Step Children Roshelle Martinez of UT, Becky Olson of WI and Darrin Kirschbaum and wife Elizabeth of WI.

He was predeceased by his Mother, Father, Paternal and Maternal Grandparents. We can not forget to also mention his furry companions Bear and Gus who he loved dearly.
There will be a celebration of life on July 5, 2020 at the Legion in Wilson, 250 Main St, from 3:30pm - 6:30pm.

Steven’s family in the Berkshires will hold a private memorial service at a later date once the restrictions from Covid 19 have been lifted.