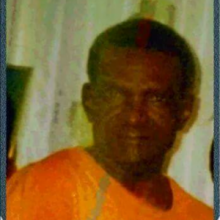 Steve Morris Martin was born on July 2, 1944, in the Plantation Diamond East Bank Demerara, Guyana, to the late Kathleen Hopson and Reggie Martin.

Steve was the third of five children which included the late James, Joyce, Usill, and Reginald. He attended the Saint Sidwell Anglican School and did very well in his studies. From a youngster, Steve was very bright and serious which was reflected in his studies, as well as, his demeanor.

While in Guyana, he married Ingrid Lewis and from that union, three children were born, Rebecca, Henry, and Ray. And while he was serious about most things, he held his children above all, maintaining a strong relationship with them. He was not ashamed to admit the unconditional love he had for his kids.

Steve had a lifelong interest in bicycles. He was very serious about cycling; it was not only a leisure activity it was also a form of transportation. His athletic endurance and strength as an avid cyclist were legendary in Guyana and he was considered to be one of the best in his country. Based on his strength and seriousness, Steve was given the nickname "The Beast" by family and friends.

When Steve moved to the United States, Brooklyn, N.Y. he continued to cycle as much as he possibly could and started a career in construction. Steve loved to hang out with family and friends at Papa's Club in Brooklyn and he never hesitated to join in on a game of dominoes and cards. He enjoyed the social exchange and maintained an ongoing presence in the neighborhood.

Steve succumbed to his illness on October 27, 2017. He leaves to mourn his sister, Joyce Howard; brothers, Usill Hopson, and Reginald Martin; three children, four grandchildren; as well as, a host of nieces, nephews, cousins, and friends. He will surely be missed and may he rest in eternal peace.