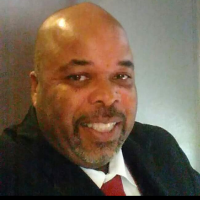 STEPHEN (STEVE) GARFIELD FAULK
Stephen Garfield Faulk was born on September 8th, 1960 in San Francisco,CA to his proud Parents Eddie and Marcella Faulk. He departed this life on August 29, 2020, just before his 60th Birthday.

Steve as we affectionately knew him, was the youngest of 8 siblings and grew up working closely with his father in construction. A gift that Steve would perfect into some of the most talented contracting and artistic work throughout his lifetime.

Steve attended Abraham Lincoln High School in San Francisco, Ca and took various construction classes at many colleges throughout the northern CA area. During this time, he worked for many contracting companies excelling in his craft.

In 1984, Steve branched out and started his own business Steve Co General Contracting. He built homes, churches, and improved hundreds of single family homes. He was also sought out for his artistic skills and built the Bonsai Garden at FairyLand at Oakland’s famous Lake Merritt facility. His business grew and also worked for George at All Power Electric for the last 4 years where they formed a great friendship and although his business took him throughout many cities in California. Steve would strive to be at church on Sundays Steve also received many accolades for his works and volunteering his time to help others.

Steve served as a highly regarded D.A.R.T Drowning Accident and Rescue Team often putting himself in dangerous water diving and recovery missions. He was multi-talented and used his calling to rescue, help others utilizing his many talents. Steve always had time to help many people in need. Many can look around their home and say “Steve” fixed this and/or built that. He was there to help no matter what time of day or night.

Steve gave his life to Christ in1980 and joined Gloryland Cathedral under the leadership of Bishop Tom H. Watson and Mother Hazel Watson where he would show off his first Kingdom building skills and craftmanship Steve remained faithful in keeping the church safe. He was ordained an Elder and served and loved the church. Steve was also a member of This Is Pentecost Church under Pastor Tamara Bennett where he also used his craftsmanship to build the house of the Lord for many years.

Steve and his wife were members of Pentecost Church under Dr.Neaman Miller where he would pass on his kingdom building skills to the young men,teaching them how to build walls Steve completed his last altar at Pentecost Church doing all he could find to do with his hands. A job well done.Ecclesiastes 9:10

Steve loved family and to try different foods In 2017 Steve flew to North Carolina and drove back to California with Carleta Alexander and was blessed to find true love. They were married on New Years day, January 1, 2018 they were very much in love and became a huge loving family with the love of their grandmother, Father and many other extended family members, they loved to, travel and enjoyed a host of wonderful events to celebrate their new lives together until the Lord calledhim home.

Steve leaves behind to cherish his loving memories his wife Carleta Faulk, His children, Jason, Jonathan, Janae and his extended children , his Granddaughters. His sisters Carlotta Balinton of Brentwood Ca, Carla of Richmond Ca, Vickie Igie of Virginia Beach,Regina Faulk of Hamburg Germany also his brothers Anthony Bass of Oakland Ca , Michael Bass of San Francisco Ca,Clarence and Victor Bass who preceded him in death A host of nieces, nephews, cousins, friends too many to name. Steve was loved by many, and will be greatly missed by all. God only knows the void in our hearts…WE love you always Steve…..