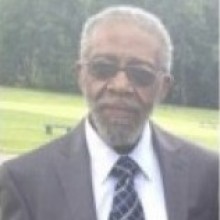 Shellie King Jr. was born in Orangeburg, S.C. on October 02, 1936 to Alisa-Josephine Wallace King and Shellie King Sr. He was the 12th and last child born to the King Family. At an early age, his family moved to Brooklyn, New York. He graduated from the public schools of Brooklyn, N.C. Mr. King was an engineer With NYCHA For 35 Years, he also served as an honorable soldier in the military.

He leaves to cherish his memory, Loving Grandchildren Shaunte Banks, who had the pleasure of caring for her grandfather until his last days. Keywon Smith, Derrick Harden Jr, Sydekia Banks, Saiydah Banks, Nichole Smith, Saquan Mcleod, and Saidia Banks.