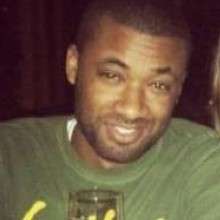 Shawn Grant Royal born May 27th 1970 in Lancaster California and went home peacefully on Febraury 14, 2019 in his hometown. He is gone at the tender age of 48. After his life long battle with sickle cell. He fought long and hard with his health. Now he is finally pain free and in the presence of our Heavenly Father. Though he did not get to do many things, he still blessed many in the time he did have. He was known for his charm and his huge heart. He was truly a man of humility. He would give you the shirt off his back. Shawn always looked at the cup as half full no matter what was going on or how sick he felt. He was a positive influence on every one he met and always had an uplifting word to give. He will be well missed by his family. Shawn is survived by his Mother Gwendolyn Walls-Royal, his father Joseph Royal Sr, his younger brother Joseph Royal and his daughter Genesis Royal as well as his Grand son Jamion Pierce. He will never be forgotten. But will be always in our hearts.