A life well lived, and a man who lived by love, dignity and respect. 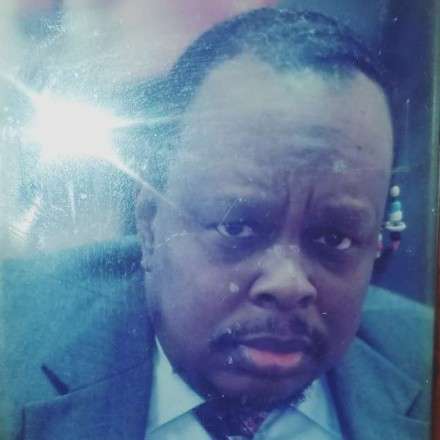 A life well lived, and a man who lived by love, dignity and respect.

Rudolph, known as "Cass","Tootsie" grew up in Savannah, Georgia, attended West Broad Street Elementary.  Rudolph worked at the "Shell Pile" for sometime. Rudolph was the epitome of a warming, selfless loving man. He was empathetic. He always put into consideration of others and they would feel. He enjoyed spending time with his loved ones. He loved playing dominoes, playing "Jim Rummy", wheel chair racing, and checkers. Rudolph also, loved attending the center where he became a peoples magnet, here he met many friends. If anybody knew "Tootsie" they would know he was "GQ!" He loved to look his best. He enjoyed catalog shopping, dressing, suits, ties, dress pants, blazers, etc You name it. He had it! He lived a self respected. lifestyle. He was loved by the ladies. His nickname"Cass" as to Casanova, referred to the ladies man he was. Rudolph was honored in record breaking wheelchair racing and of course best dressed.

"I'm not for no jive!" was one of his favorite quotes.

Rudolph was blunt, humorous, loving but very much respected by his generation. Rudolph was courageous, fair, educated and generous. Above all family was always first. Despite his illness he lived everyday to the fullest. He was intelligent with the mind of a genius. Rudolph loved to sit and talk. He would always invite you to his snack stash to offer honey buns or oreos. It would be that moment you realized that what he was about to discuss with you, you would be there for awhile talking.

One of his favorite selections were "Going up the Yonder by Tramaine Hawkins."

During Rudolph's early 20s he lived in Baltimore, Maryland for a short period of time before he moved to Port Norris, New Jersey. He was well known affectionately and loved by his friends and family. He was a family man. Rudolph was the eldest of his generation. He lived by principles'; self respect and dignity was important to him. He led with integrity and empathy.
Rudolph leaves to cherish 2 children: Audrey Downing (Bridgeton,NJ), Lorraine Downing and Godson Kinglee Dunlap(Mayslanding, NJ). He is also, survived by his loving 5 grandchildren. Shemika, Shannon, Shatara, Sheniqua and Shamell. His mother Julia Bryant and father Rudolph Sr. 3 sisters, Ethel Bryant(Port Norris,New Jersey), Juanita Mobley(Waxhaw,North Carolina) and Jenny Winn(deceased) and 2 brothers Kelly Miller (Deceased). His life long friend Clementine, Big Will, Alvin, great grandchildren, a host of neices, nephews, family members and friends.

Rudolph "Tootsie" Bryant Jr. will truly be missed. He will remain forever in our hearts, forever and even after. We'll always cherish Rudolph and celebrate him as the loving, caring and empathetic man he was. As his spirit never waivered, his demanor has left us with wisdom,  drive and encouragement to "Keep pushing forward, no matter the circumstances!" We will always love and will miss him dearly.