I think the hardest part of losing someone, isnt having to say goodbye, but rather learning to live without them ... 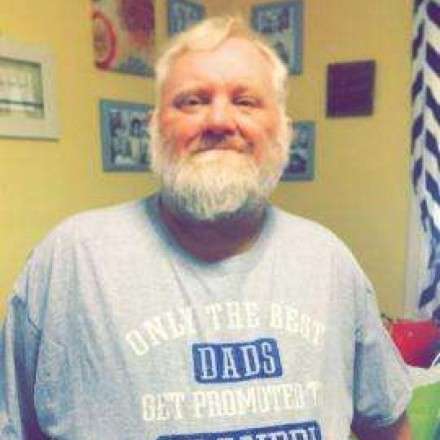 I think the hardest part of losing someone, isnt having to say goodbye, but rather learning to live without them ...

Ron was born on February 13th, 1957 in Viroqua, Wisconsin to John “Jack” and Janice Martine. He graduated from Park High School in 1975. He married Lynn Peerenboom (Governatori) in 1979 and they remarried in 1991. They have since divorced. He lived in Racine, Wisconsin for much of his life until moving to Green Bay, Wisconsin in 2007 to be with his grandchildren.  When Ron was young, he joined the Kiltie Kadets and eventually joined the Kiltie’s later in life. He suffered from Wiskott Aldrich Syndrome his whole life. Ron loved to listen to music, collect piggy banks, CDs and records, shop at second hand stores and go out to eat. He also enjoyed going to the movies, making crafts of presents and depictions of things he enjoyed and spending time with and aggravating his children and grandchildren.  He was a very generous person who shared what he loved with others.

A celebration of his life is scheduled for Thursday, February 20th from 4:00pm to 8:00pm at Infusino’s Banquet Hall (3201 Rapids Dr, Racine, WI 53404). All are welcome to attend and celebrate Ron's life. Flowers and condolences may be sent to 429 Schwartz Street, Green Bay, Wisconsin, 54302.