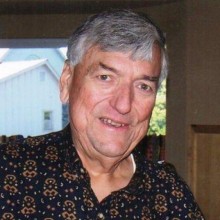 Rod was a member of Our Savior Lutheran Church in Salinas, Monterey Moose Lodge, California State Bar Association, Santa Cruz Woodies and the National Woodie Club. Rod enjoyed traveling, meeting new people. He also enjoyed old and new cars, especially Corvettes and Woodies. But most of all he enjoyed being with his family.

He graduated from Michigan State and Wayne State Law School and was a practicing attorney for 42 years when he retired in 2012.

He was proceeded in death by his parents Rudolph and Mary Kleman.

At families request in lieu of flowers please send donations made out to: Memorial of Rodney Kleman, Rabobank 561 Lighthouse Avenue, Pacific Grove, CA 93950