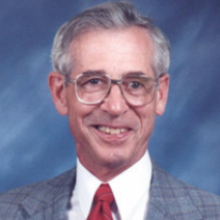 Born October 17, 1930, in Richmond, Indiana, to Karl George and Pauline Drescher Werner, Bob was a life-long resident of Richmond. He graduated from Richmond High School in 1949. Bob served in the United States Navy during the Korean War. He retired from Alcoa in 1997, where he had served for 36 years and was an Alcoa 25-Year Club member. Bob was an active, life-long member of St. John Lutheran Church. He was previously active at the Richmond Senior Community Center and enjoyed spending time with his family and friends.

Below Bob’s photo in the 1949 Richmond High School Pierian were the words, “If you’re in a jam and need a helping hand, call Bob.” How true he lived that throughout his life.