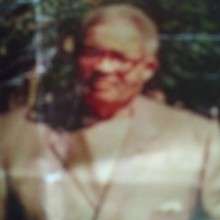 Brother Epps was born on April 16, 1937, to the late Robert and Sarah Savage Epps. His parents as well as his siblings Clayvon Bathelor, Geneva Daniel, Charles Epps, Cleveland Epps preceded him in death. His sister Sarah Epps survives him.

Robert retired from PET dairy after thirty years and was a Postmaster at the Washington Lodge 323. He loved to sing and listen to music, especially quartet. His favorite groups included Sam Cooke and the Soul Stirrers, The Canton Spirituals, and The Rance Allen Group. As a member of Mt. Olivet Baptist Church, Robert sang in the male chorus choir for years.

He leaves to cherish in his memory, two sons, Robert Jr., and Reginald (Renita).