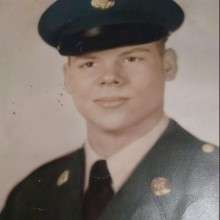 Sargent Bowman served his country in the Army for 6 years.