"Your Wings Were Ready, Our Heart Was Not" 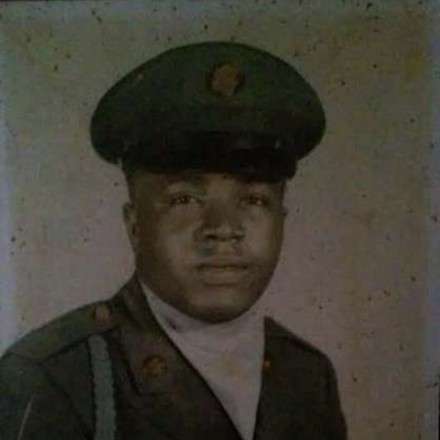 "Your Wings Were Ready, Our Heart Was Not"

Richard James Brown was born to Alford Brown and Helen Marie Keemer, August 22, 1945 in Calvert County- Huntingtown, Maryland. Richard received a honorable discharge from the Army. He was a Vietnam War Vet involved in helping building planes. He worked as a houseman at the Holiday Inn for 16 years following his last job as security before ill. He married Lois Kay Cosby in, and they lived together in DC. He leaves his daughgter Helen Johnson: stepson Tyron Cosby,  two sisters (Roma Brown and Thelma Jarrett), two brothers (Stanley Simpson and Ralph Brown). He also leaves to cherish his with memory of five grandchildren (Arvelle, Takeeta, Paul, Kristeana, and Imani), nine great grandchildren (Sierra, Takeeta, Christopher, Nolah, Angel, Destinee, Richard, Aniya, Monzili). Host of nieces and nephews. His family remember him as a King who loved music, played guitar in a band and backup for legendary James Brown. Richard was quiet, outgoing, loved to be around family and granchildren.

He was preceded in death by Pop & Mom Brown, Christopher Johnson (son in law), Alford 'Fluggy' Brown and Lovely, (brothers).

A ceremony is scheduled for February 7, 2020, at 6 p.m.  The family would also like to thank Helping Hands, Doctors, Brentwood Services, family and friends.