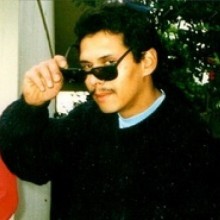 Richard graduated from Salinas High School in 1978. He was in the grocery business for 30 years. Richard enjoyed going to the beach, listening to music, playing cards and horse shoes. He was an avid 49er and San Francisco Giants fan and loved spending time with his family especially with his grandkids and dog Chico.

Richard was preceded in death by his son, Mark Anthony Mendoza and grandparents, Willy and Francis Mendoza, Salvador and Leandra Banuelos.