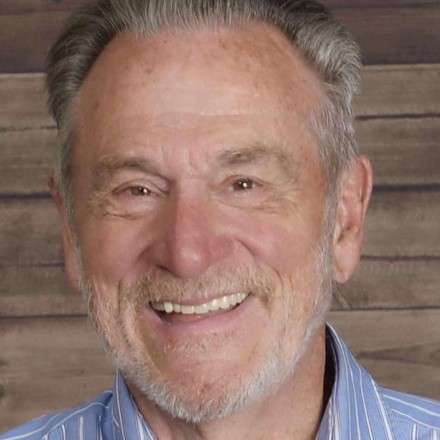 Rex attended Dexfield High School, where he helped his track and field team win two state championships under the legendary coach Dean Roe. He then earned a Bachelors of Science in Mechanical Engineering at Iowa State University, where he attended on an athletic track and field scholarship. During which he participated in four U.S. NCAA Division I Championships.  Rex was a Vietnam War Veteran, who served as a Captain in the United States Airforce. As a member of the US Military track and field team he represented the United States at many international competitions, as well as the 1972 & 1976 US Olympic Trials in the Decathlon.  He went on to earn a Master of Science Degree in Systems Management at the University of Southern California.  During his many years as an engineer, he designed and holds several patents for nozzles.  He ended his career as a Research Development Engineer at Parker Corporation in Cleveland, Ohio.

Rex continued his track career as a masters competitor, during which he won 13 straight national decathlon championships, as well as several world championships in the decathlon, pole vault, and as a member of several relay teams.  He was inducted into the USATF Masters Hall of Fame in 2000. Rex was an integral part of developing age-graded tables for scoring masters track and field athletic performances.  He was elected to two terms as Vice President Stadia of World Masters Athletics (WMA).  He currently was serving as the President of USATF Masters Track & Field.

A visitation will be held Friday, January 31st, from 6-8 PM at the Redfield United Methodist Church, 715 Jefferson St, Redfield, Iowa 50233.  Funeral services will follow on Saturday, February 1st, at 10:00 AM at Redfield United Methodist Church.  Burial will be at East Linn Cemetery followed by a luncheon served by the Women's Auxiliary at the America Legion Post 261, 1116 Thomas St, Redfield, IA 50233.  Arrangements are by Johnson Family Funeral Home, Dexter, Iowa.

A Rex Harvey Memorial Track & Field Scholarship has been set up by the family in lieu of sending flowers.
https://www.gofundme.com/f/rex-harvey-memorial-track-amp-field-scholarship?utm_source=customer&utm_medium=copy_link&utm_campaign=p_cf+share-flow-1