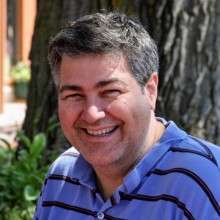 Paul Martin John Carolin was a son, a brother, an uncle, a friend and a hero. Most often heroes are born of tremendous and courageous acts, Pa,ul courageously gave love every day. Paul was the guy that would always call you on your birthday, or call his veteran friends and thank them for their service on Veterans Day, he was the friend that listened to your life’s problems. He would gaze at the stars with you and listen to crazy philosophical, mathematical, meaningful thoughts. Paul was the hero that would drop everything, move hundreds of miles and be there for you. He might not give you his lunch, but he would give you his truck because you desperately needed one. He was present with you, not just physically but with his mind and his heart.

Paul’s mind was special, while some read and remember, he listened and remembered. When you thought you were smart by thinking a few moves ahead, Paul had already worked out the winning moves in his head. He graduated from Birmingham Brother Rice High School in 1985, Central Michigan University in 1989 with a BS in Math and Physics, and Central Michigan University for graduate school in 1992 where he earned an MS in Math. Paul enjoyed Taekwondo and earned a 2nd-degree black belt. As a member of NASCRAG, he participated in Gen Con for over 25 years.

Paul worked at different long-term jobs throughout his life. From the ages of thirteen to early twenties, he worked at Franklin Hills Golf Course. In his twenties, he test drove a Corvette across the country for EDS. In his thirties and early forties, he would solve all kinds of problems as an IT Manager for Spherion. The main thread through those years was the lasting relationships he made and kept with people. In his later years, he found real purpose living with his sister, Kathy, and helping to raise his nephew, Arman. Arman meant the world to Paul. Whether they were sharing meals, practicing Taekwondo or playing W.O.W, Paul treasured every moment.

Paul never drank alcohol, but he liked soda pop, fast food, and video games. His curious mind drank in all kinds of information analyzing, evaluating, and trying to make sense of the world. He battled with quintessential questions: ‘who are we? why are we here? where are we going?’ He was often the smartest person in the room, but he never made you feel inferior. He valued his friendships and connections with people above everything else. He loved gaming and role-playing where he wrote countless stories and adventures, and he loved it even more when those sketches came to life through friends, freedom, a pair of dice, some graph paper, and your imagination. This is how he answered those fundamental questions, by being with others, through play, through fun, through generosity, and through his own unique expression of love.

Paul was born December 22, 1965, in Southfield, Michigan, to Carol Carolin (née Stefanac) and Ralph Carolin, Sr. He was raised in Farmington Hills, Michigan. He moved to Florida, then later bought his home in Oceanside, California. Paul spent the last years of his life in Elk Grove, CA. He passed away at age 52 on the morning of May 27, 2018, in peaceful sleep.

In lieu of flowers, please consider a donation to Taekwondo USA and remember him... A celebration of his life and memorial service will be held in late July in Michigan. His big laugh mirrored his big heart. He is greatly missed and will forever live in our hearts and memory.