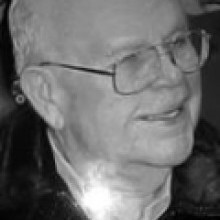 JACKSONVILLE - Paul Gerard Campbell, 87, died Wednesday, April 3, 2013, at Onslow Memorial Hospital. Mr. Campbell was born on May 12, 1925, in Fall River, Mass., and was a long-time resident of Jacksonville. A Mass of Christian burial will be held at 9 a.m. Monday, April 8, at the Infant of Prague Catholic Church. Burial with full military honors will follow at Coastal Carolina State Veterans Cemetery.

A veteran of World War II, Korea and Vietnam, Mr. Campbell was a retired gunnery sergeant with the U.S. Marine Corps. In September of 2007, he was recognized with a "Hardcore Warrior" award from the Camp Lejeune Marine Corps Base Military Retiree Council and former base commander Col. Adele E. Hodges for his service during those conflicts.

In lieu of flowers, the family suggests donations be made to the Wounded Warrior Project (woundedwarriorproject.org) in memory of GySgt Paul G. Campbell, USMC (Ret.).

The family will receive friends from 4 to 6 p.m. Sunday, April 7, at Jones Funeral Home, Jacksonville.