In the Clouds We Will Meet Again 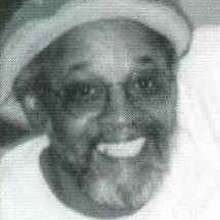 In the Clouds We Will Meet Again

OTIS PEARSON, age 69, passed away at his home in Hammond, surrounded by his family on Saturday, January  6, 2018. He was born on January 2, 1949, in Chicago, Illinois to Ralph Henry and Mona (Silvers) Bornmuth.

Walter attended a three-room grade school on the south side of Chicago, from which he graduated the eighth grade.  On June 7, 1973, he married Beverly Ann Siggerstad. Together, they had five sons. Otis and Bev enjoyed traveling together as well as spending time with family and friends. Otis was a Biology instructor at King High School, where he made lifelong relationships with many teachers and students.

Walter’s special interests and hobbies included raising a family and caring for God’s creation through planting trees and gardening. Some of his favorite times out and about were to watch his grandchildren play basketball, having lunch with friends, and canoeing with his sons.

“Children are the only form of immortality that we can be sure of.”- Peter Ustinov