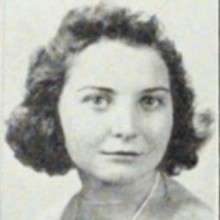 Olga was born in 1921 in Peabody, MA to the late Nickefor Rabchenuk and Julianne (Ulna) Rabchenuk who came To Massachusetts from Russia. She graduated from Peabody High School in 1939 with aspirations of eventually becoming a nurse. She was a member of the Science Club, Photography Club, and Glee Club. She was remembered in high school as having an excellent disposition and magnetic personality.

She married the late Thomas Graiko of Pawtucket, RI in 1940.

Olga Graiko was the beloved mother of four children, Cynthia Powers, Elaine Lanoue, Robert Graiko and Richard Graiko. In addition, she is loved by her grandchildren, Tami Rose Eatwell, Adam Powers, Natalie Powers, and Ricky Graiko (deceased). She was the great grandmother of Ashley Rife, Aaron Rife Lanoue, Austin Deshawn Rose, Asia Monique Rose, Cassidy Cobb, and Andrew Waldrup III. She also had three great-great-grandchildren Austin Jr, Jalen, and Akacia. Olga Graiko was blessed by her sisters and brother who passed away but left a legacy of many aunts, nieces, nephews, and cousins. Many of whom she never met but who loved her including, Carol Palermo and Mary Palermo.

Our family would like to extend our sincere thanks and gratitude for the loving care she received from the staff at Harris Health Center as well as those from Kindred Hospice Care these many months. Your concern and prayers are greatly appreciated. Your regular phone contacts gave us encouragement.

The Rebello Funeral Home and Crematory will be handling all arrangements. Please do not send flowers. If you wish, you may donate to the National Alliance of Mental Illness or Kindred Hospice Care.

Donate to National Alliance on Mental Illness in memory of Olga.