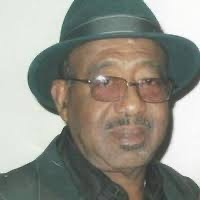 "He that dewlleth in the secret placeof thshall abide under the Shadow of the Almighty. I will say of the Lord, He is my refuge and my fortress: "My God, in him I trust". Psalm 91:1-2

A TIME TO BE BORN: Mr. Robert "Johnny" Johnson. the second of six to the late Robert and Naomi Gathers Johnson was born on James Island, South Carolina on January 01, 1950.

A TIME TO LEARN: Affectionatley known as " Johnny" he attended the public schools of James Island and graduated from Fort Johnson High School in 1968.

A TIME TO SERVE: Robert Johnson accepted Christ as his personal Savior at an early age and beacem a member of Payne RUME Church on James Island. Johnny love, commitment and loyalty to Payne RUME wsa evident in his many responsibilities he assumed during his years of service. He was a member ot the Trustee Board and Security Team.

He worked as a mechanic, was employed at the Charleston Naval Shipyard and was a skilled carpenter.

He was known as the "Mayor of Greenhill". He loved his community and was a neighborhood friend to all. Johnny was free-handed with his time and helping people. Also and avid sports enuthaist. He played semi-pro football and baseball for Fort Johnson High School and the James Island Pirates.

A TIME TO LOVE: Johnny married the love of his life, Mary Lilly Smalls, June 7, 1995. Together they have three children, Tammy Capers, Anthony Johnson and Timothy Johnson.

A TIME TO PASS FROM EARTH GLORTY: On Sunday, August 7th after being blessed with a joyful life and having completed his God-given assignments, he was prompted from Earth to Glory.