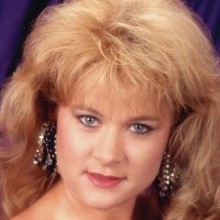 SEDALIA — Monica Lynn Shepard, 47, of Sedalia passed away Saturday, December 3, 2016 at her home. She was born on September 19, 1969 in Independence, MO the daughter of William E. Burke, who preceded her in death, and Carol S. (Stevens) Burke Closser, who resides in Sedalia.

Monica was a devoted mother that was dearly loved, and will be greatly missed by all.

Besides her mother, Carol she is also survived by three sons, Travis Shepard, Dakota Shepard and Nicolas Shepard, all of Sedalia; two sisters, Sharron Stevens (Russ) of Belton, MO and Pamela Lindblade of Sedalia; a brother, Sean S. Burke of Sedalia; and a step-father, John E. Closser of Sedalia.

A private memorial service will be held at a later date.

Memorial contributions are suggested to the family in care of Rea Funeral Chapel.