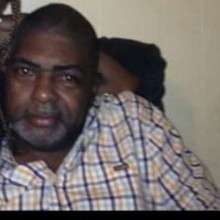 Michael James Murray, 65, passed away on Wednesday, April 11, 2018, at a Greenville, SC hospital after a sudden illness. He was born on January 24, 1953, in Florence, SC to the late Nathan Briggs and Dorothy Murray.

Henry grew up in Florence, SC. He graduated from McCleanen High School, Florence, SC in 1972. He then began work for a large manufacturing company where he worked for 35 years.

Michael was a member of Central Baptist Church and was very involved with the Men Adult Choir. He enjoyed fishing, spending time with his family, and watching sports.

Henry was preceded in death by his parents Nathan Briggs and Dorothy Murray.

Henry is survived by his brother Jackie Murray of Baltimore, MD, and sister, Annie Louise Jackson-Burgess, of Florence, SC, his son Joshua Murray of Richmond, VA; his daughter Suzanna Murray of Florence, SC; his grandchildren Kelly, Roger and Ryan, and a host of other relatives, and friends.