Living in Our Hearts 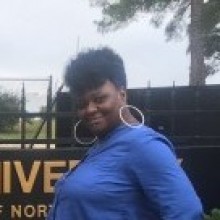 Living in Our Hearts

Mary Sanders, 47, of Summerville, South Carolina, passed Tuesday, November 14, 2017 at 8:35 AM. She was born to Charles Sanders, and Margaret Sanders, April 02, 1970. Mary graduated from South Mecklenburg in 1988 and received a degree from Fayetteville State University in 1993.

Mary worked at Roper Hospital until her untimely death. She also volunteered at the FEMA in 2000-2017 and was passionate about affecting the most positive change in people.