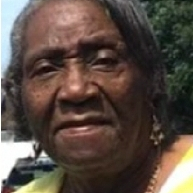 Mary Magalene Houser, 82, of Norwich, Connecticut, departed this life on Thursday, July 20, 2022. Mary was born in Scotland Neck, North Carolina, on November 12,1939, to Charles, Sr. and Anna Mutts. She was predeceased by her set of twins and triplets. Mary was educated in Scotland Neck, North Carolina. She had her eldest son, Glenn Mutts, born on February 27, 1955. At the age of 24, she moved to Roselyn, New Jersey, where she met and later married Herman Houser, Sr. During her time in New Jersey.

In 1980, Mary moved to New Haven, Connecticut, where she worked, for more than 20 years, as a CNA at Arden House Nursing Home until her retirement at 63.