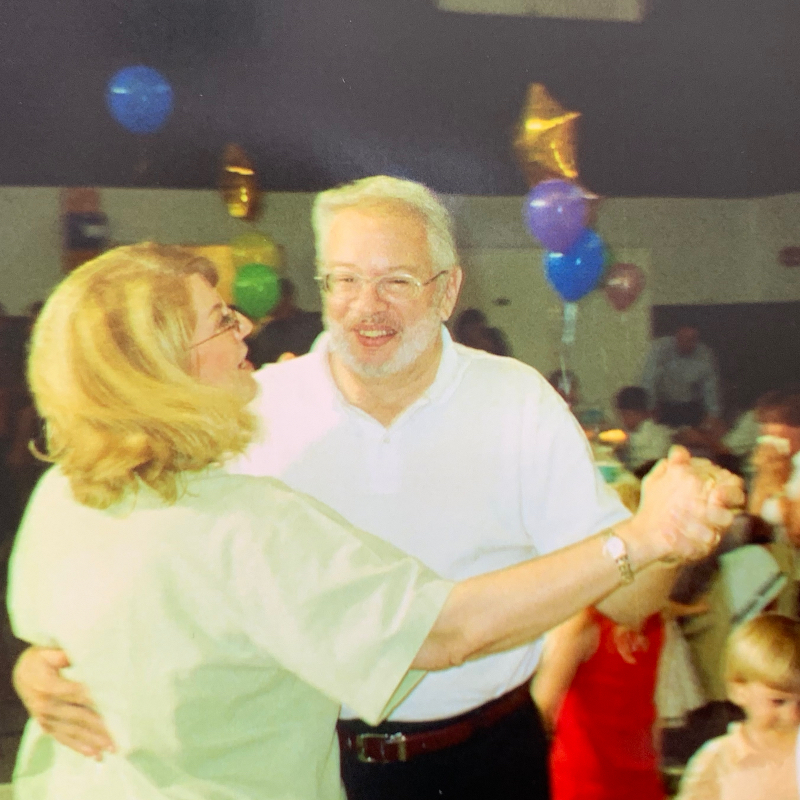 Martin Weinberg escaped this mortal world on October 11, 2021 at 11:00 pm. We think he did it on purpose, in hopes that the head hauncho in Heaven will let him eat as much sugar as his heart desires (screw you, earth doctors).

He leaves behind his wonderful wife, Joan Weinberg, who he shamelessly hit on until the end. He is also survived by his beloved sons; Michael, Matthew, and Mark Weinberg, his well-adored daughters-in-law, Jaymie and Eleni Weinberg, and his three grandchildren, Madison, Casey, and Jasper Weinberg. Most importantly, he leaves behind his widespread, contagious love for rice pudding, good Italian food, and a wide array of desserts.

In his youth, Martin honorably served our country in the United States Army. His bravery and aptitude for serving others lives on in his granddaughter Casey, who also joined the United States military and is a Marine. Martin's academic achievements and intellect are upheld in the life of his business-savvy son, Matthew, and his granddaughter Madison, who is a successful engineer. His perseverance and sneaky sarcasm are carried on by his son Michael, and his huge heart and passion for family are alive and well in his son Mark and his grandson Jasper.

Martin was, above all, a survivor. We rest assured knowing that his resolve, love, and courage are now intertwined into our very souls.

We ask that you honor his wishes by avoiding frowning, crying, and general moping. However, the sharing of memories, stories, photos, smiles, and laughter is highly encouraged. Stuffing your face with good food and throwing back a couple of amaretto sours is also acceptable.

If you are so inclined, donations in his honor can be made to Epilepsy Foundation, an organization that provides advocacy, seizure first aid training, and research funding into treatments and therapies for epilepsy, or to Feed Israel, a charity that provides hot meals and career training to Israelis in need.