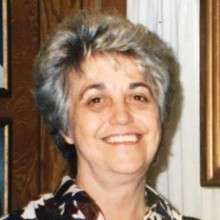 Margerete Herger Karagas, 81, of Boulder, Colorado, passed away peacefully on March 24, 2018, at her home with her children and grandchildren in attendance.

Marge was born to Emery Craig and Victoria Howard, December 12, 1936, in Detroit, Michigan.  She graduated from Lincoln Park High School and spent the early years of her life in the Detroit area.  In 1969, she and her family moved to Boulder, CO to start a new chapter. They soon founded My Brothers Bar, The Wazee Lounge and Supper Club, along with other businesses in downtown Denver. During this time, Marge was an active homemaker, raising her children and making an annual trip back to Michigan to spend the summer with friends and family.

She married the late Joseph Herger in 1991, and after an initial adventure sailing the East Coast and the Florida Keys they settled back in Boulder and owned and operated Joes Spoon until their retirement.  Marge loved traveling, entertaining friends and family, reading her mystery novels and watching her crime shows.

She was preceded in death by her parents, her husband, her brother Antone Craig and sisters Sharon Farmsworth and Diana Craig.

Contributions in her name may be made to St Jude's Children's Hospital or the charity of your choice.  A private reception will be held at her home, Thursday, April 5th for family and friends.

Donate to St. Jude's Children Hospital in memory of Margerete.