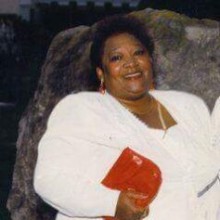 Margaret Burrows, 29, of Rochester New York, passed Friday, March 25, 2016. She was born to Carl Wilson, and Ruth Wilson, January 04, 1946 in Kingstree, South Carolina. Margaret graduated from Adlai E Stevenson High School in 1964 and received a degree from University of South Carolina in 1969. She married James Burrows in 1975 and they lived together in Rochester.

Margaret worked at Strong Memorial Hospital until she retired in 2000.