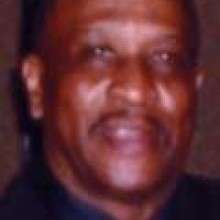 Madison Richardson, 75, of Greenville, a man of character and the definition of hard work, went to be with our great lord.

Madison was born June 22, 1943. He was the son of the late Mr. Lawrence Richardson and Mrs. Louise Stewart Richards, and husband of Bennie Lee Moody Richardson, of Greer, S.C. He was a retired employee of Mitsubishi and was a graduate of Lincoln High School, class of 1964. He participated on the football, basketball, and baseball teams. A hard working man that did whatever it took to provide for his family and his loving wife.

The family would like to thank everybody for showing their love and support.

"Do not let your hearts be troubled. You believe in God; believe also in me. My Father’s house has many rooms; if that were not so, would I have told you that I am going there to prepare a place for you? And if I go and prepare a place for you, I will come back and take you to be with me that you also may be where I am." John 14;1-3