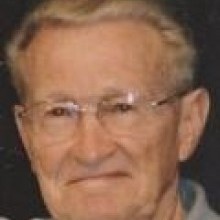 At the age of 17, Lloyd enlisted in the United States Navy where he proudly served during World War II. Following his service, he married Lois McClure on December 27. 1947 in Houston, Pennsylvania. Lloyd graduated from the University of Pittsburgh with a degree in Geology, and enjoyed a long and adventurous career in the oil business. He and Lois, along with their children, traveled the world extensively during his career as a Geophysicist, living in many exotic destinations prior to settling in Houston, Texas in 1964. Lloyd was a member of the National Geophysical Society, the Geophysical Society of Houston, the American Legion, and Kingwood Country Club. He was very involved in Kingwood United Methodist Church for many years. Lloyd enjoyed nothing more than cheering on his children and grandchildren during their many activities.