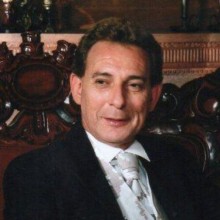 Leonardo E. Chavez (Lenny) died unexpectedly on September 1, 2015 in Salinas, CA at the age of 61. Leonardo was born on January 25, 1954 in Bakersfield, CA to Ygacio and Maria Chavez.

Leonardo graduated from Gonzalez High School class of 1972 then went on graduate from Hartnell College. He operated his own business Lucky Labor Source, Inc. for 20 years. He was recently employed by Camarillo Harvesting.
Leonardo loved spending time with his family and was passionate about his football team St. Louis Rams.