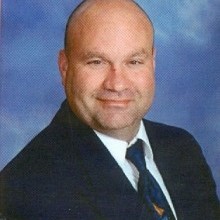 Kevin Paul LeFlore Spence 46, of Kingston, Oklahoma passed away Thursday, December 8, 2016 at his home in Kingston. He was born on October 8, 1970 in Dallas, Texas to Virginia Spence LeFlore and later adopted by Colin LeFlore. Kevin was raised and lived his entire life in Kingston. He graduated from the Kingston High School and was a proud member of the Kingston Alumni. Kevin attended Southeastern Oklahoma State University where he was a member of Kappa Sigma and he received a Business Degree. He worked for LeFlore Bait and Tackle, Cross Point Methodist Church Camp and TH Rogers Lumber in Madill as the Assistant Manager and later the Manager. He was currently working at Michelin Tire Company in Ardmore. Kevin married Cara Schoolfield on June 5, 1999 in Kingston. He was very active in the community where he had served on the Kingston and Texoma Fire Department. Kevin was a member of the First Baptist Church in Kingston where he served as a deacon, taught Sunday school and helped in Children's Ministry. Kevin enjoyed spending time with his family, hunting and sporting events.

He is survived by:

Visitation will be Monday, at the Watts Funeral Home, Kingston, Oklahoma from 10:00 am to 9:00 pm with a family hour from 6 to 8 pm. Services will be Tuesday, December 13, 2016 at 3:00 pm at the Multipurpose Activity Center Cafetorium, Kingston, Oklahoma. Steve Beebe will officiate the service. Music arranged by the Kingston First Baptist Church Parise Team. Services will be under the direction of Watts Funeral Home, Madill, Oklahoma. Condolences may be sent to wattsfuneralhome.com.