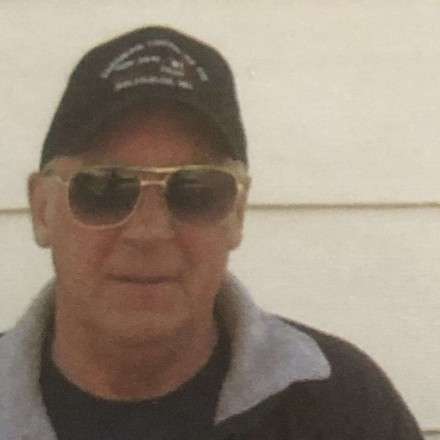 Kenneth (Kenny) Joseph Volk,72, of Selfridge, North Dakota, passed away quietly on April 30th, 2020, following a long illness.  He was at his daughters home in Maryland where he resided, and was surrounded by those he loved.

Kenny was born on March 29th, 1948 to parents Bert and Luella Volk who resided on a farm 8 miles South of Selfridge.  He was the 2nd oldest of 5 children. ---Mary, Kenneth, Jeanette, Linda, and Brandon. He also had two foster siblings--Jacqueline and Darrel Bigger.

Kenny grew up on the family farm learning to work hard.  He helped with all kinds of chores, including milking cows, and feeding calves.  He also helped with general farming, learning to drive and work on tractors, and other farm equipment.   Kenny learned to ride on a Shetland pony named Beauty that his dad bought for him and Mary.  The entire family grew up riding that pony. He went to grade school at the Golden Wealth Country School, a one room schoolhouse located about 3 miles from the farm.  During noon hour Kenny and the Wingerter boys would catch clams and bullheads and the teacher would cook them up on Fridays.  He later attended and graduated from Selfridge Public High School.

After graduating he joined the Army Reserves and went to Boot Camp in Texas.  He worked at the Cheese plant in Selfridge for several years.

He married Jane Semler on Dec. 27th, 1969.   They moved to Bismarck, where he worked at Berkley's car sales.  They then moved to Selfridge and bought Collis's Equipment. They had 2 children--Jeff Volk of Flasher and Melissa White Bull (Vashon) of Prince Frederick, Maryland. Melissa's best friend, Jessica (Mike) Radtke became like a second daughter to him and called him dad.

After his and Jane's divorce he met Rose Powell and children Kay Bauer (Dave) and Danny Bauer (Joy) they bought Mosset's lumber Yard and opened PV Auto. Kenny worked as a mechanic there and also sold used cars.  At one point while working on a car he was trapped and broke his back when it fell off the lift and it landed on top of him.  He was taken to the Mayo Clinic in Minneapolis. After selling the garage he worked as a mailman and bought the Volk farm and started ranching.  Rosie became his life partner and they were together until her death in Dec. 2014.

He lived in Selfridge until October 2017 when he suffered a severe stroke and his daughter Melissa took him to Maryland to live with her and her family.  During this time Kenny developed a strong bond with McKenzie and Madison (granddaughters) as they took care of his day to day needs.

Kenny loved to hunt, and fish with his son Jeff, Danny, grandsons Jerried, Kasey and close friends Dave Keller, Leo Aune, Frank Landeis (Son) and Tim Wuitschick and sons he also had a soft heart and would bring many animals home to raise as pets.  We had all types of animals---owls, crows, fox, raccoons, and a baby antelope that he found, and we bottle fed like a sheep.  He continued to hunt as an adult and even went to Minnesota to bear hunt.  He loved everything fast. ---fast horses, fast cars and motorcycles. He was an avid storyteller and would keep you entertained for hours with his humorous anecdotes.  Kenny would spend hours between Cenex and the Branding Iron visiting with special friends.

He was preceded in death, by both parents- Bert and Luella, by life partner, Rosie Powell, by foster brother Darrel Bigger, his grandchildren Sammy White Bull, and Michael (Twin) Volk and good friend Dave Keller.

He was a good father, grandfather, brother and friend.  We will miss him dearly, and we will hold him forever in our hearts.

A Memorial service will be held for him at a later date in Selfridge, ND.