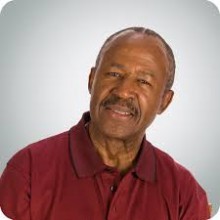 John was a great man and exceptional father. He had two children, Aaron Johnson, John Johnson Jr. and a wife, Cherie Johnson. He was a committed father to his family and a hard working-class man with a great personality and overall good person to know.

John graduated from Jones High School where he would later meet and marry Cherie Johnson. Their marriage lasted an astounding 30 years before John's passing. Mr. Johnson was a member of the New Union Baptist Church where he was a member for over 15 years.

John's siblings include 8 brothers and 4 sisters. Throughout his life, he owned a local trucking company; as well as, a lawn business. The best attribute John obtained was patience and love. He was always willing to lend a helping hand to anyone. The sudden passing of John is troubling and been a big heartache for family and friends. But we know this is only the beginning and he is in a much better place now.