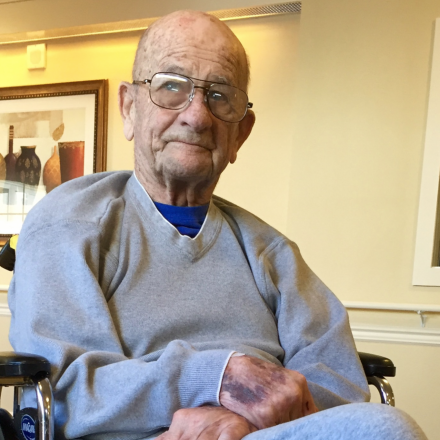 John O’Sullivan, an avid skier, elegant dancer and friendly storyteller died peacefully at Brookshire House on August, 4th in Denver at the age of 85.

John’s life and passing is a testament to the kindness of everyday people. This includes Mary Ann (Mibby) Connelly. John and Mibby were married in ‘71 and though separated by ’76 remained loyal friends. For the next 44 years, including the day John passed – Mibby entered his life and room with a smile and joy that John always appreciated. John also received amazing kindness from his many caregivers around the Denver area. From Brookshire House, Brookdale Pinehurst Park and local hospitals John was blessed by the gentle care and encouragement of people like Brook, Donna, Beatrice, Sarah, Courtney, Rosalie and many more. John himself was kind to many on his journey. Whether a friend from school, skiing buddies, or a lifetime companion – John was quick with a helping hand, a gentle hug and always a good story or joke.

A memorial service will be held at St Joseph Church in Port Huron, MI and John will be laid to rest beside family at Mt Hope Catholic Cemetery, also in Port Huron. Date and time to be determined.