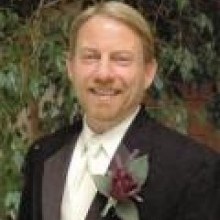 Memorial Service for John Albert Glenn of Conroe, Texas will be held on Saturday, October 22, 2016 at 11:00 A.M. at Sacred Heart Catholic Church in Conroe with the Rev. Joseph Manapuram officiating. Interment will be held at a later date.

John was born on April 10, 1958 in Pasadena, Texas to Edwin Eugene Glenn and Mary Joe (Jedlicka) Glenn. He passed away on October 14, 2016 in Conroe, Texas at the age of 58. Raised in Houston, John attended Milby High School and later went on to proudly serve his country in the U.S. Army. He then moved to Conroe where he worked 22 years for Conroe Golf Cars, the last 12 years as Shop Manager. John loved baseball, and was a devoted Astros fan for many years. He was a wonderful husband, father, brother and grandfather to Aiden who lived for his family. He had an unconditional love for all those close to him. John's caring nature for his friends was evident throughout his whole life. He will be dearly missed.

John was preceded in death by his parents, Edwin and Mary Joe Glenn.