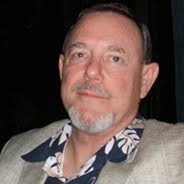 He graduated high school from Texas Military Institute and self-taught computer programming, web design, and graphic arts. He was a Representative of the Inayati Sufi Order; former Board Member of the Interfaith Arts Council; former Board Member of Community Dreams, Inc.; former member of Austin Youth Leadership & Counseling; Member of the Coalition of Texans with Disabilities; member of The Church of Conscious Harmony in Austin Texas, a former member of Loners on Wheels; and co-founder of Our House ATX. He could often be seen around Austin on his Harley Davidson sidecar rig, enjoying the outdoors.

Although disabled by polio, he completed in wheelchair and handcycle athletics from 2000 to 2012 finishing 25 marathons and numerous other races over the years. He was also featured in the Oscar-nominated 2009 HBO documentary, The Final Inch