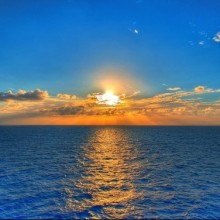 Jocelin Saintilus was born on May 5, 1946, in Fond-des-Negres, Haiti. As a teenager, Jocelin believed in God for the infilling of the Holy Ghost. One day, while fasting and praying, an electric current rushed through his body and he became filled with the Holy Ghost. He then later started to evangelize in Haiti.

In 1969, Jocelin married Christiane Attis, which in the following years gave birth to 4 children, Jocelin Jr., Gerry, Caleb and Rebecca Attis. After marriage, he went to the United States to get a better life. He began to work as a machine operator while continuing to spread the Gospel. He ministered in a Haitian Baptist Church in Brooklyn, New York for many years. He then was lead to plant a church in Far Rockaway-Queens, N.Y. with a few members, which later became a large church. He continued to work as an Evangelist and laying hands on the sick.

While raising his kids, Jocelin educated them, holding to the Gospel, by teaching us how to pray and going over the meaning of how to live a Christian lifestyle. Jocelin not only taught the Gospel, but he lived it. As he was ordained as a pastor, he never stopped evangelizing. Through his last days when people came to see him, he always smiled and never gave up. Although he gave his kids the best education, the best gift was an introduction to the Gospel. Jocelin was a very prominent figure in his community. He always mentored preachers and counseled many pastors. He was very compassionate about the Lord while ministering to others. He was a pillar and a model to the Haitian community. He never cared about titles but instead, he was always concerned about the salvation of others. He ran a good race, and never stop having faith, and continued to love people. Jocelin Saintilus was always in the business of salvation.