In Loving Memory of a Father, Grandfather, Brother, and Friend 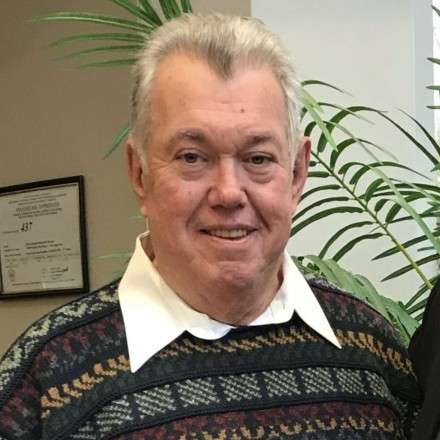 In Loving Memory of a Father, Grandfather, Brother, and Friend

Jeffrey Allan Kirsch--Jeff to his family and friends--passed away on 5 April 2020 from a heart attack while at his home in De Pere, Wisconsin. He died just shy of his 71st birthday.

Jeff was born in Burlington, Wisconsin on 30 April 1949 to parents Orlie and Marlyn Kirsch, who preceded him in death. He loved musical instruments from an early age, playing pipe organ, accordion, and piano to name a few. He would later drag his family through every church in Europe to see if it had a pipe organ and spend hours--no days--mastering "the classics," such as the Cantina song from Star Wars and Poison's "Something to Believe In."

Jeff's artistry was not limited to music. He enjoyed ceramics and woodworking, and he was a self-proclaimed master of computerized Christmas lights, having once created an enormous two-dimensional Christmas tree of moving lights across the family lawn that risked diverting aircraft from Dallas Fort Worth International Airport.

Jeff loved attending plays in New York City and watching movies at home. He was a master of recalling movie lines that described a given moment. Favorite movies included Private Eyes, Seven Faces of Dr. Lao, and just about anything related to Star Trek or Agatha Christie.

Jeff enjoyed card and board games, especially cribbage and a card game called speed for which he was the proud holder of multiple unofficial family championships. His single greatest gaming moment was proudly declaring the winning combination of suspect, weapon, and room in the game Clue only to open the secret envelope and realize he was wrong. After getting angry with the other players for failing to show the card in question, he burst into laughter when he realized the card was in his own hand.

Jeff was a veteran, like his father before him, having been drafted and served in Vietnam. Although he rarely spoke of his time in the military, it was a source of personal pride, and he particularly enjoyed the Vietnam Memorial in Washington, D.C.

In addition to Vietnam, Jeff survived stints as a Webelos leader with Pack 529 in Arlington, Texas, where he built a Pinewood Derby track that recorded record times from the living room through the kitchen of his family's home and provided countless opportunities for kids of limited means. This prepared him to later serve as a parent advisor for Boy Scout Troop 377, where he spent spring break camping in a freak snow storm and drove a Cadillac Seville through a raging river.

Jeff was a computer wizard to his friends and colleagues and dedicated most of his professional career to the auto insurance industry, where he took great pride in creating, marketing, and maintaining his own computer software. His own company and work as a consultant would take him across the country from Texas to North Carolina, New Jersey, Minnesota, Maryland, Nebraska, New York, and Virginia where he had lived for several years before relocating to De Pere, Wisconsin in the Fall of 2019.

Jeff was quick-witted and never bound by the limits of political correctness. If you knew him, chances are that you laughed with him.

No matter how bad things might have gotten, Jeff always believed that someone else had it worse, and he would do anything in his power to help his friends and loved ones through difficult times, even if he wasn't doing much better himself.

Jeff is survived by his son Robbie, his grandsons Maxton and Spencer, and his sister Peggy. Although the COVID-19 pandemic delayed his funeral, he will be interred at the Missouri Veterans Cemetery in Springfield, Missouri on 10 August 2020. In honor of Jeff's love for his pet cats, we are asking anyone interested to contribute to Alley Cat Allies at https://www.alleycat.org/our-work/ in lieu of flowers.

Donate to Alley Cat Allies in memory of Jeffrey.